Mother Nature created seeds and grains with all the nutrients they need to grow into a new plant stored inside. When conditions are right—and the seed or grain has enough water and warmth to grow—the germination process begins. And as the seed or grain starts to sprout, enzymes wake up to break down starch stores and natural compounds that kept stored nutrients safe while the seed slept.

Sprouted grains are whole grains that are soaked in water until they begin to germinate.

At Silver Hills Sprouted Bakery, we take what happens in nature all by itself, and do it on purpose in a clean, controlled environment. Why? Because sprouting harnesses one of nature’s oldest processes to make nutrients found in whole grains easier for your body to use, and foods made with sprouted whole grains easier to digest.

Conventional commercial bakeries rely on flour. Their main ingredient is milled then shipped to a warehouse, where it may sit idly for up to two months. Silver Hills’ sprouted grains go through a much different process to ensure optimum freshness and maximum nutrition:

First, we sift and sort our whole grains before we rinse them to remove any additional dust or contaminants from the field. Then, we sprout our grains under just the right amount of water and warmth. We control these conditions carefully, right down to the exact hour, minute, moisture level, and temperature, until our grains reach peak enzyme activation. Then we drain them.

Sprouting breaks down starches in the grain into simpler carbohydrates. Remember those compounds that protect the nutrients in seeds? In unsprouted grains they keep doing their job, acting as antinutrients because humans can’t break them down ourselves. In sprouted whole grains, enzymes in the sprout break down the digestive inhibitor phytic acid for us, so we can access more nutrition from the whole grain1.

We make our dough by mashing our whole grains as soon as they’re sprouted. This means all the good nutrition and fibre from all parts of the whole grain are included—the bran, germ, endosperm (the part of the seed that contains food stores), the sprout. All of it.

After the sprouting process is complete, we add carefully selected organic, non-GMO ingredients to make each bread, bun, bagel, tortilla, and baked good as flavourful and energizing as they can be. And that’s why we call them Sprouted Power™. Because they give you nutritious, healthy, sprouted whole grain fuel for your busy, active days.

Why Do We Sprout Our Grains, Anyways?

“Back in the 70s, healthy bread was made with stone-ground flour. It was quite heavy and not particularly special,” remembers Stan Smith, (who co-founded Silver Hills Sprouted Bakery alongside wife Kathy Smith and friend Brad Brousson in 1989). “While I was in college I worked in a bakery where they made sprouted grain bread. When you crush the kernel of wheat into a dough, it’s already absorbed the water. So instead of having flour and then adding water, you actually have the water absorb into the kernel.

The eating experience of sprouted whole grain bread is way superior to just a straight flour-based bread. Here’s something that doesn’t have all of the impact of hammer mills or stone grinding, it’s just really fresh. You go from a sprouted kernel of wheat to a loaf of bread in a couple hours—it’s all right there.

When you germinate grains, the enzyme activities start to break down some of the components of the grain in order to prepare it to grow into a plant. Those biological functions make the seed more digestible3, you get more of the nutrients out of it, your absorption is better, and the eating experience is great as well. It’s great to see how much traction it gets just based on the taste. That’s when we knew our sprouted breads had potential.”

What Are the Health Benefits of Sprouted Whole Grains?

We’ve noted how the sprouting process breaks down antinutrients like phytic acid in whole grains. But what does that mean to you when you choose sprouted over conventional whole grains? Sprouting unlocks nutrients like iron, magnesium, zinc, phosphorous, B vitamins, and other important vitamins and minerals1,2. Sprouted whole wheat is higher in folate than non-sprouted wheat4. And sprouted whole grains have increased antioxidant activity and higher polyphenol content, too5, 6.

Many people with gluten sensitivity (not those with celiac disease) find that while they have trouble digesting conventional breads, they feel good after eating sprouted grains. How? Sprouting reduces gluten content in whole grains2,7, making sprouted whole grain bread easier to digest for some people.

If you’re trying to eat healthier, including sprouted grains and Silver Hills Sprouted Power™ breads in your meals is a great place to start.

Why does sprouted bread make the best grilled sandwiches? Explore the science and art of sprouting to learn why sprouted whole grain bread is a better-for-you choice for your family. Get recipes, tips—and a sprouting STEM activity for kids, too! Get your FREE Why Sprouted Handbook today.

Beyond 101:
Read Our Top Articles on Sprouted Whole Grains

Take your learning of sprouted whole grains to the next level. We’ve curated our best articles to help you understand how supporting your health and wellness can start with something as small as choosing a slice of sprouted bread for your morning toast or lunchtime sandwich. 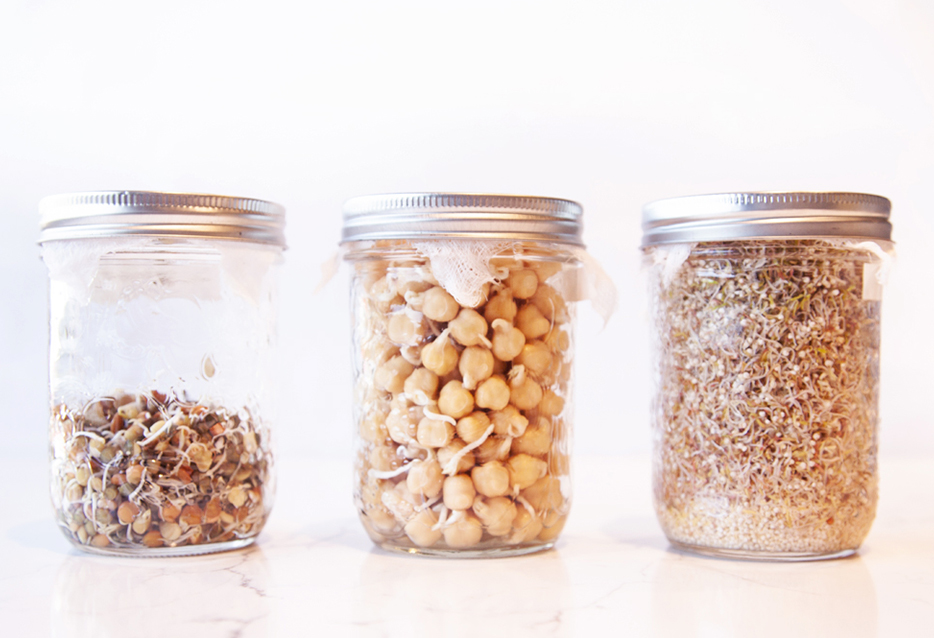 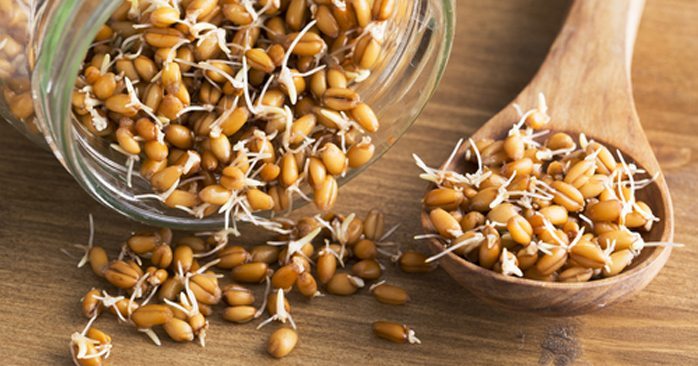 Article
Why Sprouting is Good for the Gut 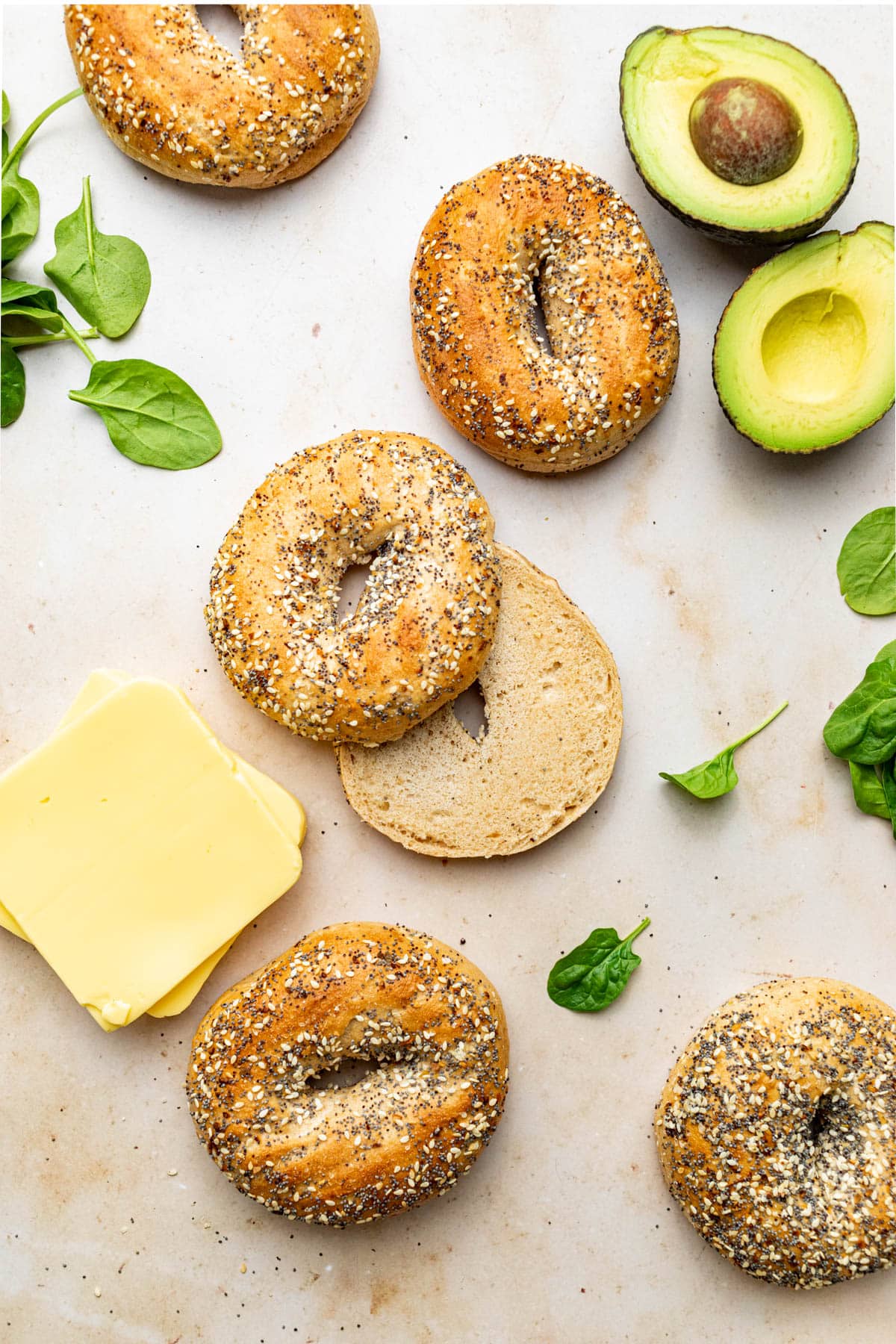 Article
How to Make Your Breakfast More Filling